The trend in housing starts was 210,915 units in January 2020, compared to 212,212 units in December 2019, according to Canada Mortgage and Housing Corporation (CMHC). This trend measure is a six-month moving average of the monthly seasonally adjusted annual rates (SAAR) of housing starts.

"The national trend in housing starts essentially held steady in January." said Bob Dugan, CMHC's chief economist. "Lower-trending starts in Vancouver were partly offset by stronger activity in Montréal, while the trend in Toronto was stable at the start of the year."

CMHC uses the trend measure as a complement to the monthly SAAR of housing starts to account for considerable swings in monthly estimates and obtain a more complete picture of Canada's housing market. In some situations, analyzing only SAAR data can be misleading, as they are largely driven by the multi-unit segment of the market which can vary significantly from one month to the next.

Rural starts were estimated at a seasonally adjusted annual rate of 10,817 units. 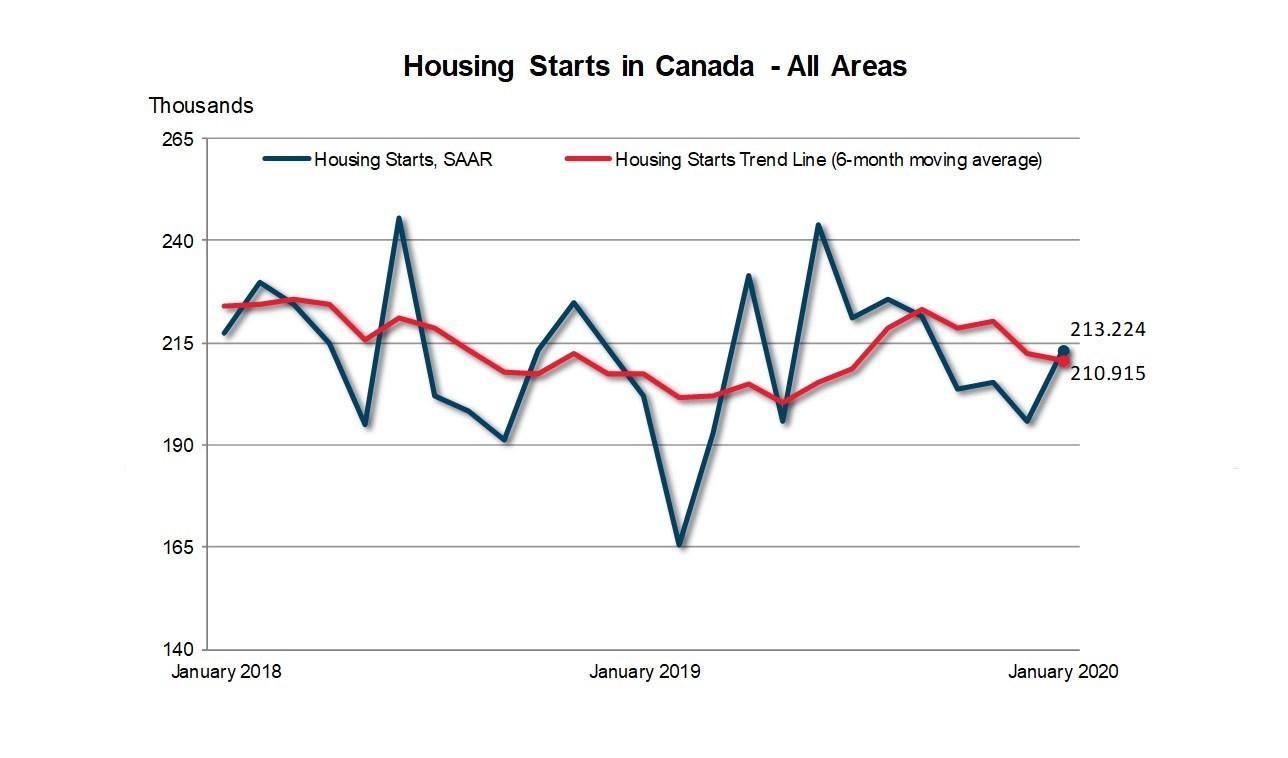